Presented here are just a few of the YouTube channels I enjoy and am subscribed to. There are so many out there that when I find one having wide appeal, I like to share my discovery. If you enjoy the outdoors, history, the shooting sports, and good food you may just want to take a look. 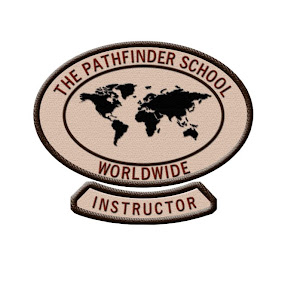 His videos are fun and chock full of information about outdoor self-reliance and bushcraft. Dave operates the Pathfinder School.

“From the lore of bushcraft to all things related to self-sustainability, the Pathfinder vision is to pass on the knowledge of outdoor self-reliance. Providing basic to advanced self-reliance training and survival gear, our goal is to offer both practical knowledge and survival gear that will stand the test of time. From emergency preparedness to sustainability, the Pathfinder way is to share and educate.

Here you can explore the world of survival knives, survival kits and simple tips on outdoor self-reliance.

We are always learning and enjoy passing on the knowledge we acquire. There is no substitute for having a plan in the event of the unexpected.” 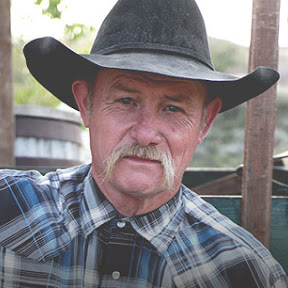 “Love outdoor cooking? Want to learn more about Dutch oven cooking, cast iron or grilling? Then you’ve saddled up to the right place. I’ve been cooking outdoors over live fire for over 25 years as a chuck wagon and cowboy cook. You may have also seen me on Chopped Grill Masters, Chopped Redemption or Beat Bobby Flay.

Stick around and be sure to subscribe for tips, tricks and recipes. Keep the fire hoand the wood dry…” 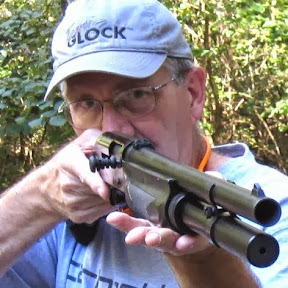 Hickok’s channel has been around since 2007. He has a total of nearly 1 Billion views! Making this one of the top firearms channels on YouTube. He’s funny, informative, mildly self-effacing and not overly political. He and his son John do the videos. (John has a separate channel too: hickok45andson).

Hickok shoots nearly every type of small arm available with lots of discussion about the history and idiosyncrasies of each firearm. If you’re interested in firearms and haven’t seen his videos yet, do yourself a favor and have a look.

“WELCOME to HICKOK45 ! You’re at a drama-free, “family-friendly” shooting channel! Please see the short FAQ Videos before asking questions. My son and I do shooting videos of all sorts: Occasionally, a silly shooting video might pop up; sorry if you’re “sense-of-humor challenged.” Life is short. 🙂 Thanks for watching!”

HICKOK45 and ME in Dallas
at the 2018 NRA annual meeting 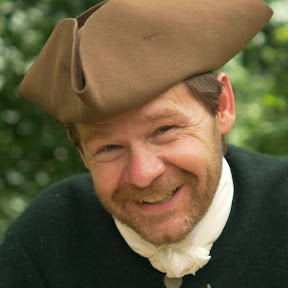 If you like history especially 18th century American history, this is the channel for you. Townsends takes you back in time with lots of how to videos, discussions of history and many many simply amazing colonial recipes. “Well this is my channel and these are my impressions about shooting old and repro black-powder and cartridge guns. You will find target shooting, hunting, reloading and military history related videos here starring pre-1945 firearms. Since I was a little child I knew I want to be a history teacher. In fact I graduated as one. Later I studied military sciences on university level, and now I am doing my PhD. in firearms history while I teach military history at the university. That’s my life, my hobby. I hope you’ll enjoy my videos as much I enjoyed making them. Greetings form Hungary, the land of good wines and beautiful women. Oh yes, and please forgive my Hunglish. ;)”

Well I’ve done it. I’ve stopped eating pretty much anything that didn’t, at some point, have a face. I made the decision about twelve days ago to go full carnivore. For now, I’m only eating meat, with the exceptions of butter, eggs, and hot sauce. Though there is one plant based product that I do indulge in regularly throughout the day, black coffee.

I suppose it was almost inevitable that I come to this point in my life’s gastronomic journey. Nearly a year ago, for health reasons, I stopped consuming any kind of alcohol. I also cut way back on most carbs. For me personally, giving up fresh bread was even more difficult than cutting out adult beverages, but neither was easy at first. I stuck with it however, and in just over five months I had dropped from 274 lbs (yikes!) to 212 lbs, 62 lbs gone in less than half a year! For comparison, what I lost is about the same as the weight of an average full grown Labrador Retriever.

You can imagine the positive impact losing that much weight has had on my health and general attitude about life. My blood sugar levels, which had prompted my physician to classify me as border-line diabetic, are now well within the normal range. Before the weight loss I had great difficulty sleeping more than a few hours at a time, and was even forced to sleep sitting up fairly frequently. Now, other than getting up for a quick trip to the bathroom, I can generally sleep through the night. My legs would swell sometimes, my libido was in the dumpster, and I was basically becoming a very grumpy old man. That’s all changed, though in truth, at 57 I’m still a bit of an aspiring curmudgeon in that “Hey kid! Get off my lawn and go get a job!” kinda way. Don’t judge, it’s one of the things that makes me so charming.

Exercise has been a bit problematic, and is a work in progress. I did purchase a year’s membership to the campus fitness and aquatic centers, and was going swimming two to three times a week for a while. However summer has been very busy and it’s been more hit and miss that it should be. It’s at the top of my priority list though to develop a regular regimen.

So why go full carnivore? Mainly because in the past few months I’ve been gaining back some weight and have had some other heath concerns such as bone pain in my fingers, difficulty waking up in the morning, and getting sluggish around 2:00 to 3:00 in the afternoon. Certainly more exercise will help with some of that, but my diet had gone a bit sideways as of late. I had started slipping in more carbs here and there, like buttermilk biscuits and vanilla bean ice cream on a pretty regular basis. I’ve always taken sugar with my coffee, and I drink a lot of it.

So far, over the past couple of weeks, I haven’t had to take the 6 or more ibuprofen that I was popping a day for the pain in my fingers, that’s all but gone. I have a much more consistent energy level throughout the day. I wake up more easily. I’ve lost 10 lbs already. I’m not hungry, I eat as much as I want. There have been some other positive effects, some subtle and some not so subtle which I won’t go into, but suffice to say I’m feeling pretty damn good. Oh, and for those naysayers who are thinking “placebo effect”, hey I’ll take it as long as I have a positive outcome.

So, do I plan on following this diet indefinitely? The short answer is no, I will at some point slowly bring back in various vegetables, a few at a time and see how it goes. Though processed carbs are certainly not on the horizon. Good-bye my sweet sweet vanilla bean ice cream. Eventually I will bring myself to eat a sweet potato or a serving of spinach, which has to be good for you, right? I mean just look at Popeye. And of course I can’t be expected to completely stay away from Hatch Green Chile now can I?

The Carnivore Diet is simplicity itself. Lots of animal protein lots of animal fats. Yummy. I’m eating mostly beef, lamb and bison, along with some pork and chicken. I try to go with grass fed organic when possible. Fatty fish like salmon and sardines are great. Organic organ meat is good too. I also found some delicious “Paleo” bacon that has no sugar content. I love my butter, which tastes amazing on a rare steak, especially lean cuts. Bone broth with salt and a generous dollop of organic butter is satisfyingly to the very core of your being. Organic free range eggs, beef jerky, copious cups of black coffee (preferably the cowboy kind), along with seltzer water, all round out the menu. Oh, and I do take a few mineral/vitamin supplements.

Certainly people will have legitimate concerns about this kind of diet, so let me say I’m not advocating that others to try this, it’s up to you as an individual. It’s just working for me right now. If you are going to try it be sure to carry out your due diligence, educate yourself first. Like anything out of the mainstream, fad diets have their true believer acolytes, preaching the gospel of Diet X over Diet Y. Not me brother! I am a Libertarian to the core. You eat what you want and I’ll eat what I want. By the way, in my experience vegans are the worst in this regard, for many of them its a nearly cult like subculture, with shaming and moralizing and attempts to legislate away my natural right to a 22 oz blue-rare porterhouse. I know of what I speak, I was a vegan for four years (cringe) nearly a decade ago. Vegans can be very sad, hungry, and mentally dull people. Don’t get me wrong you can be a fairly healthy vegan, but it is exhausting. As a vegan I was healthy at first, but over time I started physically needing, actually craving meat and fats. My fall from vegan grace came one pale gray afternoon while I was grocery shopping. They had just put out the rotisserie chickens and every one of them had that dark brown glistening skin. You know the kind that crunches when you bite into it? Then I got a whiff of that wonderful seductive smell, god it was almost religious. By that point my body had been begging for real food for quite a while so then and there, in that Safeway deli, I succumbed to the dark side and I bought one. It was glorious. I barely got back to the car before I began pulling off chunks and stuffing them into my starving body. I consumed the whole beast right there in the parking lot, as wave after wave of sheer pleasure and satiation swept through me.

So yes dear reader, I am a very very happy carnivore at this time. And remember: “Beef, it’s what’s for dinner”, and breakfast and lunch and snacks.

For those who may be concerned about my health (thank you BTW) I will be getting a blood work-up next week.

If you’d like to learn more about the very real and serious health risks associated with veganism and vegetarianism, may I recommend the book: The Vegetarian Myth by Lierre Keith. She is a decades-long vegan, who eventual saw the light, responded to her body’s needs and over time regained much of her health.

Here are some more links that may prove interesting or helpful:

Why cholesterol is not bad

Vitamin C and the carnivore

Lierre Keith -How a Former Vegan Learned to Love Meat

Joe Rogan Talks To Doctor Who ONLY Eats Meat

Learn the cuts of beef